I’ve recently been tinkering with drawing an Outrun Deluxe machine as part of an art project focusing on my younger years of enjoying the big arcade machines of the 80’s. (Below)

I’ve shared my work with Yosuke Okunari , producer at SEGA and project collaborator with M2 (The guys who have been delivering the 3DS 3D SEGA Classics ).
I’m not sure if Okunari-san thought it was a old OutRun SEGA drawing or if he just wanted to share a recent picture that was taken as part of an interview for the release of 3D OutRun.
He’s shared a very , very early OutRun development sketch of the OutRun cabinet. Check it it below!

This image above was drawn much earlier than the images seen in the Yu Suzuki GAMEWORKS book release during the Dreamcast era. (Seen below) 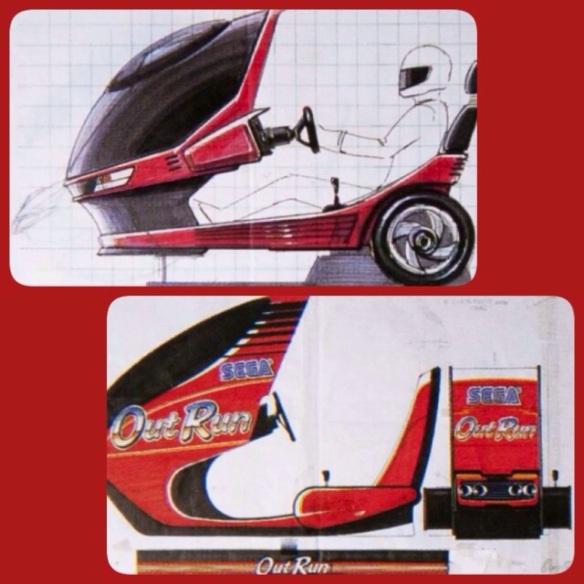 Hope you enjoyed seeing these early concept images of one of the best arcade cabinets ever released.